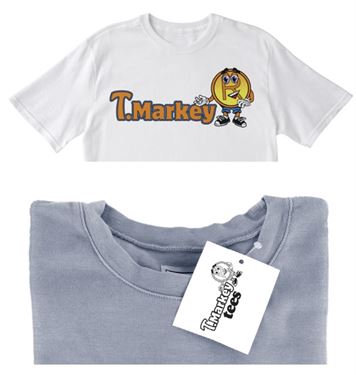 That’s not a typo. The subject of today’s blog is THE. THE Ohio State University filed an application to register THE for wearing apparel. According to news sources, Ohio State demands to be called “THE Ohio State University”. Ohio State argues that THE is part of its name. Sports and journalists have often commented on Ohio State’s branding insistence calling it stupid, ridiculous, pompous and arrogant. Ohio State responds to these negative comments saying that it has every right to protect its brand.

The USPTO refused registration of THE. The Office Action refusing registration had some interesting information. Ohio State wasn’t the first one to try to register THE as a trademark. The clothing and accessory designer/manufacturer, Marc Jacobs, had already filed an application to register THE for accessories and clothing. The USPTO refused Marc Jacobs’ application as well. The Marc Jacobs’ Office Action cited two primary problems. First, the mark drawing and the specimen didn’t match. The mark drawing was just the word THE. But the specimens show THE with other words like “The Backpack Marc Jacobs” and “The Velveteen Jean Jacket by Marc Jacobs.” Second, THE fails to function as a trademark. In other words, THE doesn’t act as a source of Marc Jacobs’ products.

Both Marc Jacobs and Ohio State have some time to respond to these Office Actions. So the THE saga may continue.

WHY YOU SHOULD KNOW THIS. Neither Office Action touched on a point that seems obvious. If either applicant gets a registration for THE, how will that affect the ability of others to develop clothing lines that use THE? Both applicants seem to want to corner the market on a word that is one of the most common words in the English language. Aside from that, there is a difference between a slogan or words that appear on clothing versus a mark that is used to identify a product. See the comparison in the graphics. The top graphic shows the mark being used in an ornamental way. If that’s the only way the owner uses it, the USPTO would probably refuse registration. The bottom one shows the mark being used as a source and product identifier. If that’s the way the owner uses it, the USPTO will probably allow registration.