The Devil is in the Contract Details 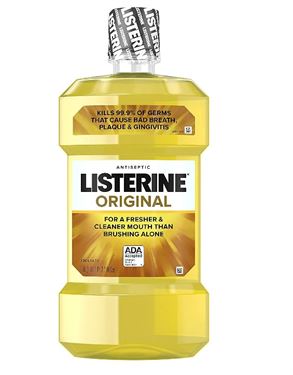 Next time you look at a bottle of Listerine, think of it as a lesson in contract drafting.

It all started in 1881 when Dr. Joseph Lawrence sold the secret formula for his mouthwash to Jordan Lambert in exchange for royalties on sales as long as the mouthwash was manufactured. The transfer document granted royalty payments to Dr. Lawrence, “his heirs, executor and assigns”. The problem was that the royalty payments had no time limit.

For over 75 years, Lambert and his successors have had to pay Lawrence and his heirs. Even after the secret formula was published in the Journal of the American Medical Association in 1931. By 1956, the manufacture and sale of the Listerine was costing Warner Lambert about $1.5 million a year (that would be over $10 million in 2020 dollars). So it sued to end the payments. Warner Lambert argued that because the formula is no longer a trade secret, it shouldn’t have to keep paying royalties. The court ruled that the language in the contract had “no ambiguity or uncertainty in this language. Nor can I ascertain any alternative or hidden meanings lurking within it.” The royalty payments were not conditioned on the formula remaining secret. So Warner Lambert had to keep paying.

After 1956, shares in the royalties have been passed around and split. Owners of shares have included New York real estate broker, John J. Reynolds, the Roman Catholic Archdiocese of New York, The Salvation Army, the American Bible Society, Wellesley College and former New Jersey Governor, Chris Christie (who gets an annual income of about $24,000.00). The Royalty exchange (https://www.royaltyexchange.com/), which usually sells entertainment related royalties, recently sold some shares for $560,000.00. Caveat Emptor. It’s going to take about 18 years to break even at the current annual income of $32,000.00 for those shares.

WHY YOU SHOULD KNOW THIS. Unlike other types of Intellectual Property, trade secrets have an infinite life. That is, as long as the trade secret remains secret. To be fair to the drafter of the 1881 agreement, trade secret law was barely a blip on the Intellectual Property horizon at the time. They may not have realized that a perpetual royalty was going to last for 139 years and counting. Trade secret law emerged as a player in the latter half of the 20th Century. But, the lesson for us today is clear. Anticipating new and emerging technologies will always be a challenge for contract drafters.