The Devil is in the Patent Assignment Details 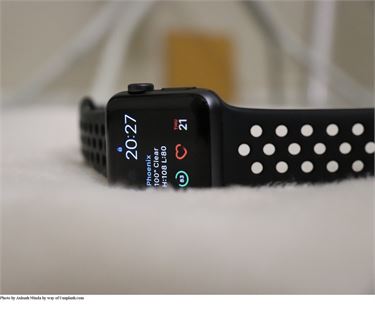 In Brief:  An agreement stipulating the rights in a patent is not a present assignment of a patent.

Dr. Mohammed Islam is a tenured professor of electrical and computer engineering who also works in the cardiovascular center at the University of Michigan. When he joined the faculty, he signed an employment agreement in which he agreed to be bound by UM’s bylaws. The bylaws addressed intellectual property rights under three conditions. First, if an invention is the result of educational activities and funded by UM, the resulting patent “shall be the property of” UM. Second, if UM provided no support for the invention then the resulting patent “shall be the property of” the employee. Third, if the invention was a joint effort, then ownership will be determined as “agreed upon in writing in advance of an exploitation thereof by the affected staff member.”

Dr. Islam took an unpaid leave of absence and founded a biomedical laser company, Omni MedSci, Inc. He filed several provisional patent applications for his inventions developed while working for Omni and then filed non-provisional applications when he returned to UM. He assigned the resulting patents to Omni. Dr. Islam and UM disputed the ownership of the patents and the dispute was never fully resolved.

Omni sued Apple, Inc. of infringing on two of Omni’s patents for heart rate monitors. Apple brought a motion to dismiss. Apple argued that the patents belonged to UM and so Omni didn’t have standing to bring an infringement action. The district court denied the motion to dismiss holding that the UM bylaw language was not a present automatic assignment of title. It was a statement of a future intention to assign. Apple was granted leave to file an interlocutory appeal to the Fourth Circuit Court of Appeals.

The Fourth Circuit interpreted the contractual language on a de novo basis and came to the same conclusion as the district court. The first condition merely stipulates the conditions governing the assignment of rights. The use of the words “shall be the property of” can’t logically be read as a present automatic assignment. The words in the second condition “shall be the property of the inventor” can only reasonably be read as an intended outcome. The third condition also had language that expressed a future condition and not a present conclusion as to who would own the patent.

Apple tried to argue that the conduct of Dr. Islam and UM showed they interpreted the bylaws to mean there was a present assignment. The Fourth Circuit rejected the argument because Dr. Islam always maintained Omni owned the patents.

The Fourth Circuit affirmed the denial of Apple’s Motion to Dismiss and remanded the case.