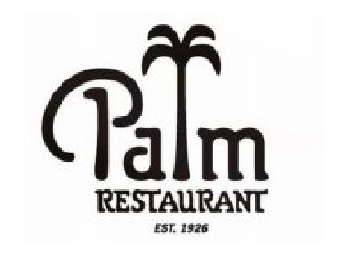 The grandkids didn’t play nice when it came to a famous restaurant trademark. The nationally famous Palm steakhouse was founded in New York City in 1926 by John Ganzi and Pio Bozzi. The Palm enhances their patrons’ steak eating experience by decorating the walls with caricatures of famous people contributed by cartoonists who often exchanged their cartoons for meals. Eventually, the grandchildren took over management. One set of grandchildren became the majority shareholders and the other set of grandchildren were relegated to the ignominious status of minority shareholders. In 2012, the minority filed suit against the majority for breach of fiduciary duty based upon gross mismanagement and self-dealing with restaurants that were owned and operated solely by the majority. The chief issue was the sweetheart trademark license deal the majority’s restaurants were getting. Even though Palm was a national brand with almost 100 years of fame, the majority’s restaurants only paid a flat license fee of $6,000 a year for decades. The court agreed with the minority and entered judgment in their favor. In assessing the damages, the court accepted the minority’s expert damage witnesses’ conclusions that the majority’s restaurants should have paid a reasonable royalty of 5% of gross sales. The court concluded that the undervalued license agreements were self-dealing by the majority and an example of textbook fiduciary misconduct. Even though the statute of limitations limited the damages to six years of royalties, the royalty damages were over $68 million. Additional damages for other breaches of fiduciary duty were also awarded, along with interest and attorney fees, which increase the total judgment to over $120 million.

WHY YOU SHOULD KNOW THIS. From a corporate governance standpoint, majority shareholders don’t get a free pass to do whatever they like. They have a fiduciary responsibility to act in the best interests of the company. When any one of the majority shareholders breaches that duty, minority shareholders can fight back. Trademark-wise, it’s not unusual for a company to have an Intellectual Property holding company that licenses the trademark to related companies. But the license fee should be at or near market rate. Otherwise, as the majority shareholders in the Palm learned, they’re going to end up paying that and more in the end.