The Sky Has Its Limits 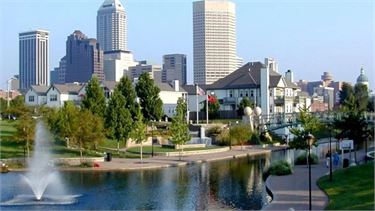 Retired attorney, Richard Bell, had a cottage industry suing people for copyright infringement of a picture of the Indianapolis skyline. Richard alleged that he took the photo in March 2000 for his law firm’s website. He registered the copyright in 2011, after his former law firm stopped using the photo on its website.

Then Bell came up against Carmen Commercial Real Estate Services. Carmen used the photo in a 2004 blog post. In 2016, Bell contacted Carmen alleging copyright infringement. Carmen refused to pay Bell the $5,000.00 he demanded to settle the matter. So, litigation ensued.

Carmen had two primary defenses. First, Carmen asserted that Bell didn’t take the photo. Bell said he took the photo in March 2000. But the photo shows green grass, a working fountain and the trees full of leaves. Bell said that he also took a night time photo the same day. Apparently, Indianapolis doesn’t green up until after March; so the daytime photo couldn’t have been taken in March. And the daytime photo was contradicted by the night time photo which showed bare trees. Oops.

The second defense was that Bell created the photo as part of his duties with this former law firm. So, his photo was a work made for hire and belonged to his employer and not him.
The jury sided with Carmen and determined that Bell hadn’t proved that he took the photo and owned the copyright. Bell is asking for a new trial. Carmen is seeking reimbursement of its attorney’s fees in the amount of $160,000.00.

WHY YOU SHOULD KNOW THIS. You’ll notice that Bell asked Carmen to pay $5,000.00 to settle the case. Asking for a small amount for settlement is not unusual. The idea is to make it cheaper for the case to go away than to defend it. But, Carmen didn’t look at the cost benefit analysis that way. By investigating the matter and realizing that it had some good defenses, Carmen decided not to back down. This case also demonstrates that if you’re going to say you own a copyrighted work, you had better make sure you really do. This lesson was also discussed in my blog post “Happy Birthday to All of Us” (10/20/2015).