These Are Not the Patent Droids You Are Looking For 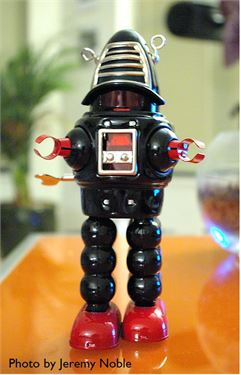 The US Patent Office (“USPTO”) has bad news for CP30, R2D2 Wall-E and all of their robot friends. They don’t qualify as an inventor of a patent.

Artificial Intelligence (“AI”) is the theory and development of computer systems to perform tasks that are normally performed by humans. Some computer programmers have found a way for their AI computer systems to create something new without human contribution.

In July 2019, a team of scientists at the University of Surrey ("the Surrey Team") created an AI system that created “Device for the Autonomous Bootstrapping of Unified Sentience ("DABUS")”. DABUS is a creativity machine that has the ability to generate inventions. It can also determine which inventions are most useful. The Surrey Team’s AI system created DABUS without any human contributions.

The Surrey Team filed two application with the USPTO for a patent. The applications named the AI system as the inventor.

The USPTO rejected the applications because “the plain language of the patent laws as passed by the Congress and as interpreted by the courts" limits patent applications to only naming natural persons as inventors. As part of its decision, the USPTO acknowledged several public policy arguments offered by the Surrey Team. The Surrey Team asserted that allowing an AI system to be listed as an inventor would (i) incentivize innovation; (ii) reduce the improper naming of inventors; and (iii) promote public notice of an invention's actual creator. These considerations, however, were insufficient to overcome the plain meaning of patent law that requires human inventor.

WHY YOU SHOULD KNOW THIS. So if an AI system can’t be an inventor, how do you protect IP created by AI? Is the solution to have more human intervention in the AI system’s process? Will that slow innovation? Does patent law need to be updated to keep up with the times? The USPTO realizes that these questions need to be answered because AI based patent applications are being filed at a record pace. In August 2019, the USPTO issued two rounds of public comment on the patenting of AI inventions. Among other things, the USPTO sought input on how to ensure that appropriate incentives were in place to encourage further AI-related innovation. Quite a few power house tech companies weighed in on the subject. They argue that enterprise ready AI services, applications and tooling have the possibility of adding tens of trillions of dollars into the global economy. So protection for these AI innovations is a key element of progress. There are no definitive answers yet. You can learn more about patent protection for AI created inventions on the USPTO’s website. https://www.uspto.gov/initiatives/artificial-intelligence.