USPTO Has to Go Dutch 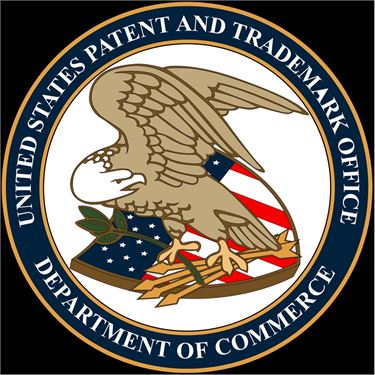 In the U.S., each side usually pays their own attorney’s fees. This is called the American Rule. Until about six years ago, that rule applied to appeals from USPTO decisions. So, if an applicant appealed the USPTO’s decision not to issue a patent or register a trademark, the applicant paid the applicant’s attorney’s fees and the USPTO paid its staff attorneys their salaries. Then about 6 years ago, the USPTO decided anyone who appealed an adverse ruling should have to pay the USPTO’s attorneys’ fees as well as their own.

It all started when the USPTO filed a request for an award of more than $36,000 in attorney's fees in a little-known trademark appeal filed by a man named Milo Shammas. The USPTO justified this request by pointing to language in the statute that applicants who file an appeal to the district court have to pay the USPTO “expenses”. The USPTO argued that “expenses” includes attorneys’ fees. To the horror of the Intellectual Property bar, the request was granted. Then the sluices opened and the USPTO started demanding attorney’s fees left and right.

This state of affairs lasted just this last December 2019 when the U.S. Supreme Court ruled against the USPTO. In Peter v. Nanktwest, Inc., the applicant appealed the USPTO’s rejection of a patent application for a method of treading cancer. The district court denied the USPTO’s motion to recover its legal fees as expenses but granted the request for recovery of expert fees. The Deputy Director of the USPTO appealed to the Federal Circuit Court of Appeals. Federal Circuit affirmed. So the Deputy Director appealed to the U.S. Supreme Court.

Justice Sotomayor, writing of the Court, didn’t pull any punches. Justice Sotomayor called the “American Rule” the bedrock principal that each party pays its own attorney’s fees, win or lose. The only exceptions are when a contract or statute provides otherwise. Statutes that provide for an award of attorney’s fees say so explicitly. Nothing in the Patent Act suggests that the USPTO can send an attorney’s fee bill to an opposing appellant. As a factual matter, history was on the appellant’s side as well. Up until 2013, the USPTO never paid its personnel from sums collected from adverse parties. So the USPTO has to pay its own attorney’s fees.

WHY YOU SHOULD KNOW THIS. Certainly, this is a victory for patent and trademark applicants. The process of protecting these types of Intellectual Property can be quite costly. The added burden of the USPTO’s attorney’s fees would have changed the value proposition for rejected applications and damaged the rights of the applicant/appellants. But there’s something else to note here. Often, when parties are gearing up for a dispute, the client asks the attorney, “Can I make the other guy pay your fees”. The answer is spelled out in Justice Sotomayor’s opinion. The answer is “yes” if a statute or contract has a fee shifting clause. But, even then, how the clause is phrased can taketh away from anything that had been giveth. For instance, in a statute, the attorney’s fees recovery may only be available only in “exceptional cases”. In a contract, attorney’s fees recovery may only be available to the “prevailing party”. So devil is in the attorney’s fees clause details.