Patent Trial and Appeal Board, 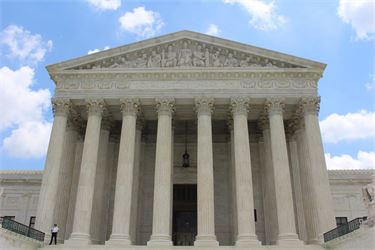 In Brief:   The US Supreme Court held that Patent Trial and Appeal Board judges need oversight by the Director of Patents.

First, a mini civics lesson. The US Constitution established three branches of government. Article I gives the Administrative Branch the power to appoint judges (the “Appointments Clause” of the Article I of the US Constitution). Article II gives Congress the power to make laws and Article III gives the courts the power to make decisions. Sometimes these branches ‘overstep’ their power and it’s not ok. Sometimes they kind of overstep their power and it’s sort of ok. Administrative Patent Judges (APJs) are creatures of the legislative branch. APJs fall into the sort of ok category. They sit on the Patent Trial and Appeal Board (PTAB). They conduct adversarial proceedings for challenging an existing patent. The Secretary of Commerce appoints APJs. The President appoints the Director of Patents.

Smith & Nephew, Inc. and ArthroCare Corp. brought a petition before the PTAB for an inter partes determination that a patent secured by Arthrex, Inc. was invalid. The PTAB found in favor of Smith et al. Arthrex appealed to the Federal Circuit Court of Appeals arguing that the structure of the PTAB violates the Appointments Clause because APJs are not appointed by the President with the advice and consent of the Senate. Upending the PTAB system’s apple cart, the Federal Circuit agreed with Arthrex and invalidated the APJs’ tenure protections. Smith et al., appealed to the US Supreme Court.

The Supreme Court, Chief Justice Robert’s delivering the opinion of the majority, vacated the Federal Circuit’s ruling. Justice Roberts wrote that the “unreviewable executive power exercised by APJs is incompatible with their status as inferior officers”. Then the Court fashioned a remedy by giving the Director the power to review PTAB decisions. So the PTAB’s APJ apple cart remains in place.

WHY YOU SHOULD KNOW THIS: This decision gives the Director of Patents the discretion to set aside PTAB rulings. The Director doesn’t have to review each and every one. And there’s no set criteria for reviewing PTAB decisions. So let the dice fly. That being said, it’s unlikely that PTAB proceedings are going to change very much. A lot of commentators are pointing out that this decision appears to be limited to inter partes reviews and not other types of PTAB adjudications. There’s no word so far as to whether Trademark Trial and Appeal Board APJs are going to be subject to the same review structure.