Who’s Got the Cheese? 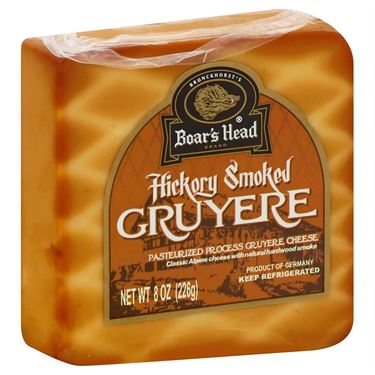 In Brief:   An application for a certification mark was dealt a fatal blow by genericide.

US cheesemakers, U.S. Dairy Export Council et al., opposed registration of the mark. The US cheesemakers argued that the word is a generic term for a certain type of cheese that is manufactured all over the place. The Trademark Trial and Appeal Board sustained the opposition. The European cheesemakers appealed to the District Court.

The US cheesemakers brought a motion for summary judgment.

The court used this case as an opportunity to engage in a history lesson about gruyere cheese. It originated in at 1115 AD in Gruyère regions of Switzerland and central France. The key ingredients to the cheese’s flavor is the alpine grasses the cows eat and the rigorous aging and production process. In 2011, the European Union recognized “Gruyere” with a protected designation of origin. Gruyere cheese cannot be sold in the European Union unless it is produced in the Gruyère region spanning an area across Switzerland and France and meets other quality standards.

The US cheesemakers presented evidence that US cheesemakers had been using the name “gruyere” for cheese as early as 1987. The record included three categories of evidence: (1) existing U.S. regulations permitting the use of the term GRUYERE on cheese regardless of where the cheese is produced; (2) commercial and government data showing the widespread sale and import of GRUYERE cheese produced outside the Gruyère region of Switzerland and France; and (3) evidence showing that the term GRUYERE is commonly used in dictionaries, media communications, and cheese industry events and materials to refer to a type of cheese without respect to where the cheese is produced. The court held that since the word had been used without restriction for decades, the term has become generic. Generic terms are ineligible for certification mark protection, or any trademark protection, because they are incapable of telling consumers where the product with a generic name was produced.

The District court granted the US cheesemakers’ motion for summary judgment.

Why You Should Know This. Many companies carefully guard their brands from becoming generic. Xerox will always refer to their copies as Xerox Brand copiers. Kimberly Clark will always refer to their tissues as Kleenex Brand tissues. The trademark owner has to strike a balance. Fame of a trademark is desirable. But that fame should never be allowed to become the name of the goods or services.