Will Assign Doesn’t Mean Did Assign 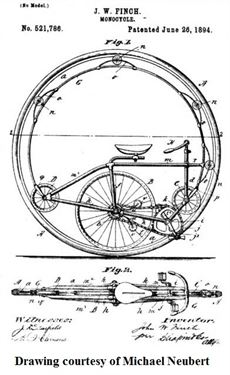 Agreeing to assign a patent in the future isn’t an assignment at all. Three co-inventors of a patent were employed by Company A. The co-inventors signed an employment agreement stating they “will assign” their rights to any patentable invention they created during their employment. Company A transferred its assets to Company B. Only two of the inventors assigned their patent rights to Company B. Based upon the employment agreement between the original company and the third inventor, the USPTO allowed Company B to prosecute the patent without the third inventor actually assigning the patent. Company B dissolved and its assets were transferred to Advanced Video Techs, LLC. Advanced Video then brought a patent infringement suit against HTC Corp. The district court dismissed the case holding that Advanced Video didn’t have standing to bring a patent infringement suit without joining the non-assigning inventor in the suit. On appeal, the Federal Circuit Court of Appeals affirmed the decision that Advanced Video didn’t have standing. The Federal Circuit reasoned that the agreement to assign something in the future, is not an assignment. The third co-inventor only promised to assign a future patent so she still had part ownership of the patent and had to be a party to the infringement suit.

WHY YOU SHOULD KNOW THIS. Inventors hold the rights to a patentable invention until those rights are assigned. Over the years, employment agreements contemplated that employee-inventors would always be innovating and there’s no way to anticipate which inventions will be patented. So a lot of employment agreements have the employee agree to assign inventions to the employer in the future. According to this decision, just having an agreement to assign something in the future, isn’t a present assignment. So what’s an employer to do? A two prong approach may be required. First, instead of a future assignment, have the employee make a present assignment of all Intellectual Property rights. Second, decide at what point in the research and development process, the employee will assign his or her patent in a particular invention and then follow through with it. One thing that the decision didn’t seem to address is whether the employer would have a cause of action against the employee who breached the employment agreement by failing to assign the patent as agreed.