You Can’t Make Him Drink 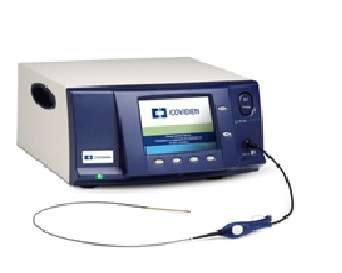 Brady Esch worked for a company that was acquired by Covedien LP. Brady worked on medical devices that treat varicose veins. Brady signed a non-competition, non-solicitation and confidentiality agreement. The agreement also required Brady to disclose any inventions he was working on during his employment and for one year after. Brady achieved the lofty position of Director of Global Strategic Marketing. Then, Covedien decided to terminate his employment.

One year after Brady left Covedien, he founded a company that was going to manufacture and sell devices to treat varicose veins. He filed a provisional patent application which described an improved device. A year after that, Brady and other inventors filed a Utility Patent Application and Foreign Patent Treaty Application for the device. Brady assigned the patent applications to his company.

The case went to trial before a jury. The jury was given a special verdict form that asked them to answer certain questions. They answered ‘yes’ to the question of whether Brady breached the confidentiality agreement. The jury awarded Covedien $794,892.24 in damages for breach of confidentiality. The jury answered ‘no’ to the question of whether Brady breached his obligation to disclose inventions. So the jury didn’t award Covedien any damages on that count and the district court refused to grant Covedien’s request to force a transfer of Brady’s post-Covedien patent.

Covedien appealed to the First Circuit Court of Appeals with two questions: (1) Whether the special verdict form and the jury instructions were adequate; and (2) Whether the district court’s inference that Brady didn’t violate the invention disclosure requirement was consistent with the jury verdict on the breach of confidentiality.

The circuit court upheld the district court decision on both questions.

On the first question, the circuit court found the special verdict form was not only reasonable but nearly identical to the version Covidien initially submitted. Since the jury followed instructions on the special jury verdict form, Covedien didn’t have anything to complain about.

On the second question, the circuit court said that it was obligated to interpret the jury’s answers in a manner that made them consistent, to the extent such an interpretation was possible. The only consistent reading of the verdict required inferring that Brady’s invention was not invented during the term of his employment agreement or during the year after.

WHY YOU SHOULD KNOW THIS: Warning. Results in this case may not be typical. Generally, if an employee invents something during the course of employment and the invention is within the scope of the employer’s business, the invention belongs to the employer. However, an employee owns an invention that has nothing to do with their employer’s business. For instance, if the employer manufactures medical devices for varicose veins and the employee invents a better way to store beer, the employee owns the beer invention. Covedien’s consternation about the jury’s findings is understandable. Brady used confidential information and is now pursuing a patent that would most likely compete with Covedien’s inventions. The jury’s damages award for breach of confidentiality may be a drop in the bucket of the damages they could have gotten for patent infringement.

Note that in Illinois, employment agreements must contain a notice to the employee that they own any inventions they create that are outside of the scope of the employer’s business.