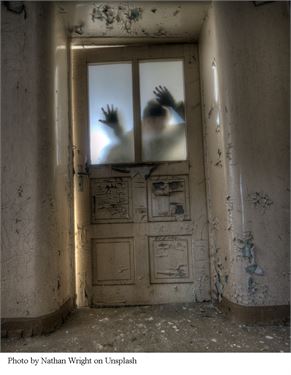 In Brief:  Abandoned trademarks may have a life beyond abandonment.

The thing about zombie brands is that they don’t die. Witness Macy’s absorption of other department stores and keeping their brands alive (https://gct.law/blog/Fear-the-Walking-Trademark-Zombies).

We now have another example of a zombie brand that shambles on after abandonment.

Lehman Brothers, an investment bank, famously crashed and burned in 2008 and filed for bankruptcy. Barclays Capital Inc. acquired its assets as well as its trademarks. Barclays allowed the trademark registrations to lapse. The Lehman Brothers bankruptcy case closed in September 2022.

Barclays filed oppositions to Tiger Lily’s applications. The Trademark Trial and Appeal Board found that Barclays had a priority of use. Barclays produced evidence of use of the mark in different contexts and in pop culture. Barclays also produced evidence that third parties use their trademarks for both financial services and in connection with alcoholic beverages and restaurant services. The Board found that Tiger Lily’s use of the LEHMAN BROTHERS trademark was likely to cause confusion. The Board also found that Barclays had a bona fide intention to resume use of the LEHMAN BROTHERS trademark. The Board sustained Barclays oppositions.

Tiger Lily appealed to the Federal Circuit Court of Appeals. The Federal Circuit held that Barclays successfully proved continuous use of the trademark at least in relation to the winding down of the Lehman Brothers business. Additionally, Barclays maintains a Lehman Brothers website containing research materials. Tiger Lily also argued that because its goods and services were so different from Barclays, there was little likelihood of confusion. The Federal Circuit agreed that the services were different. But, the LEHMAN BROTHERS trademark is famous and consumers are familiar with famous trademarks being used for collateral products.

The Federal Circuit affirmed the Board’s decision. So Barclays can allow its LEHMAN BROTHERS brand to continue to wander as a zombie brand.

Why You Should Know This:  Tiger Lily had some great arguments for use of the brand in a context that differed from the original context. Unfortunately, it looks like Barclays was prepared for potential challenges. A trademark owner who is no longer using a trademark but intends to resume use at some point should keep records demonstrating the intent. For example, marketing plans and timetables for resumption of use would work.