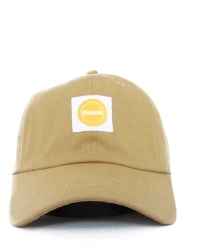 The USPTO can no longer ban scandalous and immoral trademarks. Erik Brunetti wanted to register the word “FUCT” for his apparel line. The USPTO refused registration because the word sounded like a swear word. Erik appealed to the Federal Circuit. The appeals court overturned the ruling saying that the government’s rule against registering profane, sexual and otherwise objectionable language violates the First Amendment. Acknowledging that the government didn’t have a substantial interest in policing offensive speech, the Federal Circuit opined that the First Amendment “protects private expression, even private expression which is offensive to a substantial composite of the general public.”

**WHY YOU SHOULD KNOW THIS. ** With this decision and the decision in the Slants case (“Bleeping Trademarks” Blawg post of 1/12/2016 and 3/29/2016), the courts have drawn the line in the sand regarding trademark choice. The USPTO is being told not to determine registrability of trademarks based upon whether something is offensive to a certain segment of the population. But the impression a trademark makes is very subjective. A trademark should always take the potential consuming audience into account. In this case, Erik’s market is the skateboarding crowd. To them, the jokey and offensive nature of the mark might be a good selling point. However, the same may not be true if Erik’s market was a more a sedate one, like banking for instance.