World Central Kitchen, a not-for-profit organization that provides meals to those affected by natural disasters and social conflict, has committed to feeding millions of Ukrainian refugees, as well as those remaining that are trying to survive and defend their country. GCT’s DE&I Committee spearheaded the fundraiser, which concluded on August 25 – the day after Independence Day of Ukraine – and raised nearly $3,000 for World Central Kitchen’s Ukrainian relief effort.

In honor of Independence Day of Ukraine, GCT attorneys and staff gathered to celebrate the firm’s fundraising efforts and enjoy Ukrainian fare.

In addition to acts of service and fundraising initiatives, the GCT Diversity, Equity & Inclusion Committee meets regularly to discuss a variety of topics, including inherent and unconscious bias, the importance of language in the workplace and tangible ways to remain committed to enriching diversity. The committee has also initiated firmwide training programs on diversity education, civility training, cultural competency training and encouraging an inclusive workplace for all. 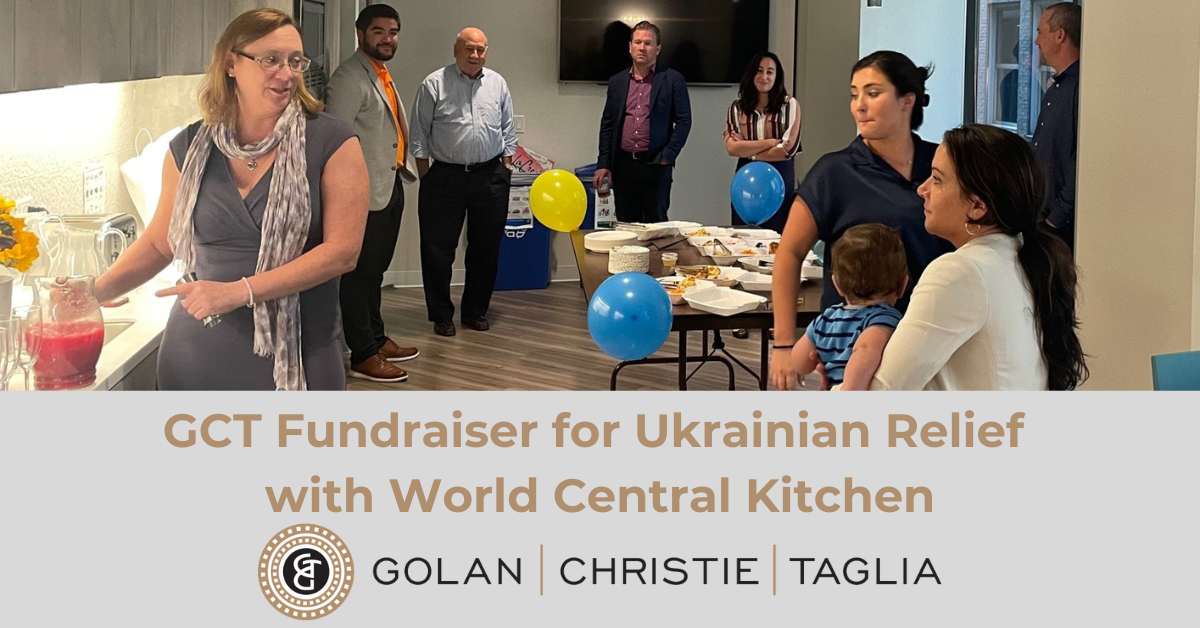