What Do the #MeToo and Time’s Up Movements Mean for Your Organization? 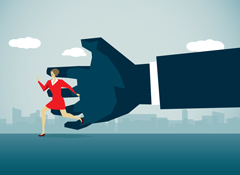 The end of 2017 and beginning of 2018 have brought an unprecedented interest around sexual harassment claims, owing in large part to two social media campaigns aimed at bringing awareness to victims of sexual harassment. While the primary targets of these campaigns have been the entertainment industry and elected officials, it is likely to make its way through other industries soon. As a result, many employers are looking critically at their anti-harassment and internal complaint policies, to determine whether a more robust approach is in order. Renewed interest in sexual harassment training, especially in organizations or industries that continue to be male-dominated, has also been on the rise.

If your company has offices in California or Connecticut, you likely already conduct regular sexual harassment training to supervisors, as required by law. Other state and local governments are expected to consider similar mandatory training requirements, including calling for employers to conduct trainings in person, rather than simply on a computer. Now is the perfect time to update your handbook policies and to put regular, company-wide annual trainings on the agenda.