FROM OUR MANAGING PARTNER
Summer 2015 Newsletter

FROM OUR MANAGING PARTNER
Summer 2015 Newsletter

We hope you are enjoying Summer. While many clients are on vacation, your Golan & Christie team is busy monitoring changes and trends in business law.

In this newsletter we share some recent developments in the areas of Employment and IP Law. We’re also pleased to announce the addition of two new attorneys to the Golan & Christie team. (Learn about them below.)

In the meantime, enjoy the rest of your Summer.

Mr. Allen, who joined the firm in June 2015, concentrates his practice on commercial litigation and also has experience in employment matters, construction litigation, and nursing home work. He has represented clients in a wide variety of industries, in all aspects of litigation, from the discovery phase through trial and appeal. Mr. Allen graduated in 2009 from Brandeis University, magna cum laude, with a B.A. in History and Near Eastern Judaic Studies. He received his J.D., in 2012 from the Washington University in St. Louis School of Law. Prior to joining Golan & Christie, Mr. Allen spent two and a half years as a litigator with Stone, Pogrund, & Korey LLC.

Private Employers In Illinois May Give Employment Preference To Veterans

Private Employers In Illinois May Give Employment Preference To Veterans

The new law is not a mandate and employers are not required to grant veterans preference when making employment decisions. It merely provides guidelines to those private employers that choose to initiate a veterans’ preference policy.

TAKE AWAY: This item is rich with take aways. First, this is a good example of the protections an intellectual property holding company can give the savvy business owner. By having the holding company own the trademarks and then license them out, the trademarks aren’t assets of a bankruptcy estate or vulnerable to execution to satisfy a judgment. Second, the licensing company was able to use quality control as a basis for cancelling its license due to the poor quality of the licensee’s business. Third, the licensing company can continue to license to others without fear that the value of the license will be compromised by a company that’s circling the drain. This last point doesn’t come up directly in this news item but it’s worth bringing up. Many intellectual property licenses identify the filing of a bankruptcy or bad financial condition as an event of default. These default events are unenforceable in bankruptcy.

CONSUMERS CAN’T CONFUSE A FICTIONAL PRODUCT WITH A REAL ONE

The Seventh Circuit Court of Appeals affirmed the dismissal of a trademark infringement suit brought by Fortes Grand Corporation against Warner Brothers. Fortres Grand alleged that the hacking software in the Batman movie, “The Dark Knight Rises” described as ‘clean slate’ caused customer confusion with its trademark “Clean Slate” for its security program. The real problem here is the assumption on Fortes Grand’s part that the consuming public can’t tell the difference between the description of a fictional software program and a real software program.

TAKE AWAY: Trademark infringement that causes customer confusion can devastate sales and reputation. But, when bringing suit, the realities of a situation should be part of the analysis. For instance, the use of a word in its descriptive sense is not automatically an infringement of a trademark that incorporates that descriptive mark. And a fictional software program is not likely to be confused with a real one. 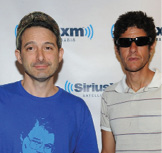 No, this isn’t the title of the next superhero movie or video game. It’s a copyright and trademark case. Monster Energy Co. used portions of five Beastie Boys songs in a promotional video without permission. The employee who created the video testified that he had no background in music licensing. He admitted that no one at Monster tried to contact the Beastie Boys to get permission to use the songs. A jury returned a verdict against Monster for copyright infringement and trademark infringement. The court denied Monster’s motion to set aside the verdict in the amount of $1 million in actual damages and $1.2 million in statutory damages stating, “[a]s the Beastie Boys’ counsel noted in closing argument, Monster, at the time, did not perform any training of employees related to the use of copyrighted or trademarked content; it therefore left [the Monster employee] to his own devices in producing the video.”

TAKE AWAY: The operative question is: Would the outcome have been different if the employee had been properly trained to conduct due diligence and get licenses? Had the proper due diligence been done and permissions obtained, Monster would never have been sued in the first place. Best practices manuals can help. But nothing can substitute for holding training sessions that explain the law and the process for proper licensing. Any business that needs or wants to use someone else’s content, including photos, articles, blog entries, drawings, etc. should remember the lesson learned by Monster (hopefully). On an interesting side note, Monster is infamous for aggressively protecting its own trademark. It has probably filed more oppositions to trademark registrations than any other company.

To discuss how these issues apply to your company contact:
Beverly A. Berneman (312)696-1221, baberneman@golanchristie.com

In honor of Ken Jensen, our former colleague and friend who passed away earlier this year, more than a dozen of his Golan & Christie coworkers participated in the ABC7 Gibbons 5K. The annual run and walk benefits the Leukemia Research Foundation.