One year draws to a close as a new one begins to take shape. What will 2017 bring you? The only thing we can say with the utmost confidence is that Golan Christie Taglia will continue to provide news and information to help ensure your success. In this issue, we share advice and information in the following areas:

THE LIABILITY OF UNCLAIMED PROPERTY
What problems might arise from unclaimed property held by corporations, financial institutions and other entities? Nancy Franks-Straus explains.

With the new year comes new laws for employers. How do they impact you? Learn what’s taking effect in 2017.

WHO REALLY OWNS YOUR NEWLY-DEVELOPED SOFTWARE?
Beverly Berneman and Neil Johnson provide guidance to ensure that your business actually owns the software you paid a developer to create.

In addition, this newsletter contains announcements of two honors recently bestowed on Golan Christie Taglia lawyers. Plus, we welcome our newest associate to the firm.

We hope that 2016 was a great year for you. Please be assured that Golan Christie Taglia is dedicated to do whatever we can to help you have a successful 2017.

Most individuals view unclaimed property as a possible windfall. However, the opposite is the case for holders who are required to comply with state reporting policies and report unclaimed property on an annual basis. If a holder believes it is not holding unclaimed property, each state generally requires the holder to file a negative report.

Possible Liability due to Unclaimed Property

For example, buyers will apply all penalties and interest utilizing a look back period that dates back to the selling holder’s year of incorporation. The buyer will then use the maximum exposure number to negotiate a lower purchase price of the selling holder’s business. If the unclaimed property exposure is large enough, the buyer may walk away from the purchase altogether.

Many entities do not realize that what they hold is in fact unclaimed property, such as refunds and gift cards. If you would like more information or have any questions on the topic, please contact a tax attorney at Golan Christie Taglia. 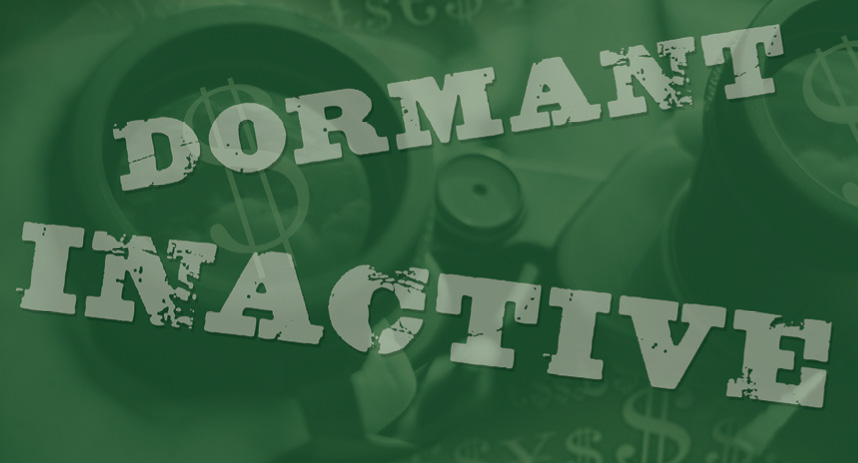 * Nancy acknowledges the invaluable input and contribution to this article by Colin Walsh, a Senior Manager with Baker Tilly Virchow Krause, LLP in Chicago.

The firm is excited to welcome our newest associate, Neil P. Johnson. Neil began his legal career with Golan Christie Taglia as a law clerk, while still a student at Chicago-Kent College of Law. He returned to the firm after graduation and was just recently admitted as a member of the Illinois bar. Neil earned his Bachelor of Science degree in Business from Indiana University and was the Associate Editor of the Chicago-Kent Journal of Intellectual Property during law school. His practice at the firm will focus on business litigation and intellectual property 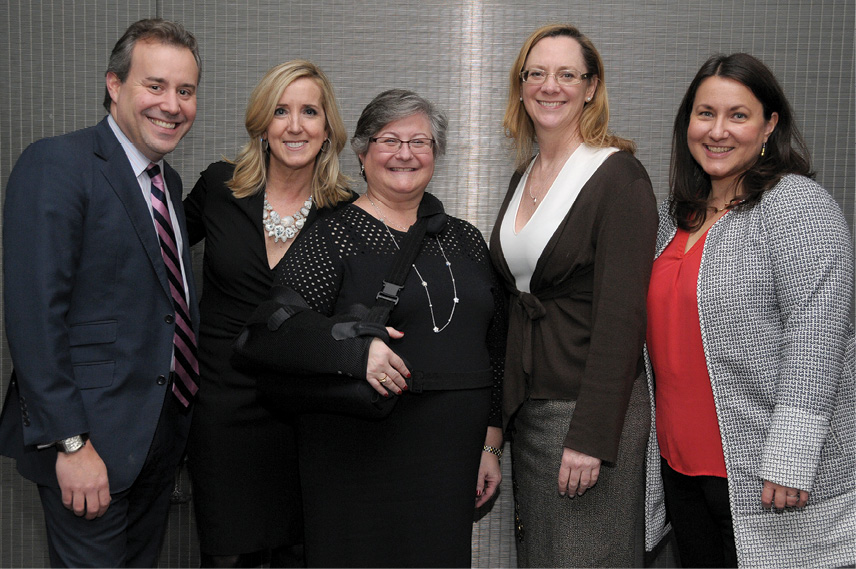 The new year brings several new laws and requirements in Illinois and across the country. Effective January 1, 2017, the Illinois “Freedom to Work” Act bans non-compete agreements between employers and their low wage employees. This Act defines low wage employees as those whose hourly wages are less than $13.00. 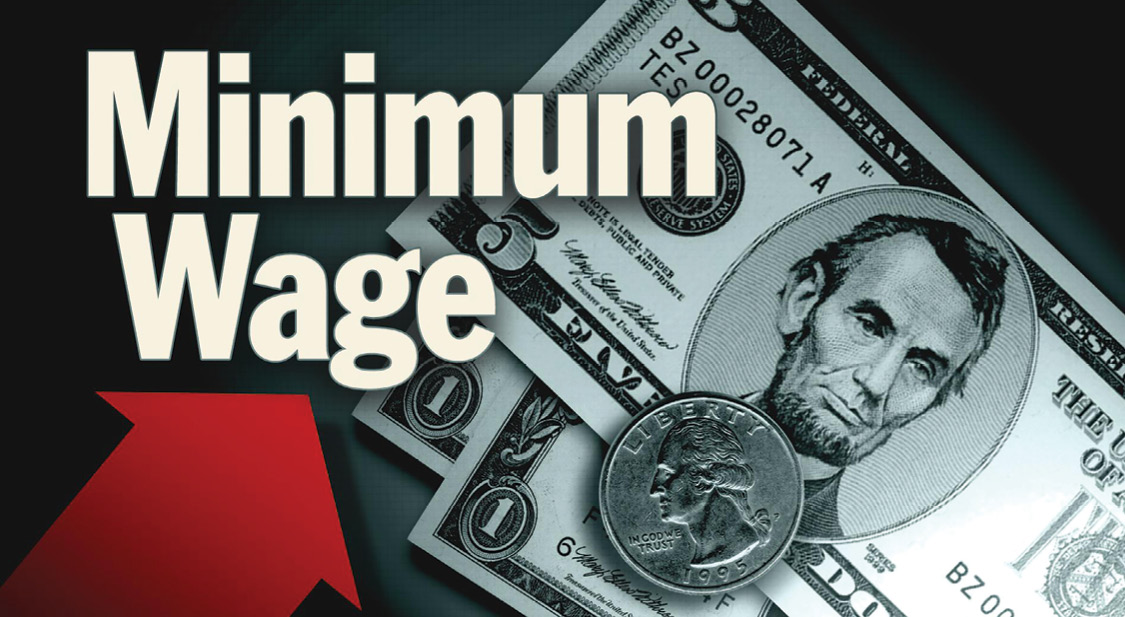 After several objections and court challenges, the Occupational Safety and Health Administration’s (OSHA) anti-relation rules will remain in place. The first rule states that employers must notify employees of their right, without risk of retaliation, to report workplace injuries and illnesses. Incorporated with this law are restrictions on workplace safety incentives and drug-testing programs. Second, the electronic record-keeping rule requires employers to submit workplace injury and illness reports to OSHA. These new rules became effective as of December 1, 2016 and January 1, 2017, respectively.

Finally, the Cook County Board passed a law, beginning on July 1, 2017, requiring employers in Cook County to grant employees one hour of paid sick leave for every 40 hours worked. Most part-time workers will qualify as the new rule applies to companies of all sizes and to employees working a minimum of 80 hours within a four-month period. Aside from using paid sick leave for one’s own or a family member’s illness, it also includes events of domestic abuse and school or business closings.

If you have any questions or concerns about applying these new rules and how they affect your company, please contact an employment attorney at Golan Christie Taglia.

Innovative custom software has become the instrument for success in today’s economy. Software developers and the software they create come in all shapes and sizes. The developer could be a family friend or relative. The developer could be solicited from Craigslist. Businesses could simply be enticed by the developer’s website that offers a range of software development services. Once the developer is hired, the type of software can be configured in various ways. The software can stand alone. Or it can be an add-on or customization of existing platforms such as Salesforce.com or Magenta.

In all of these instances, no matter the identity of the developer or the level of programming to be performed, businesses should make sure they own their custom software. Otherwise, the developer can often leave the job and walk away with the source code and the digital components of the custom software, leaving the business to struggle with having to start from scratch or reconstruct the developer’s work risking a copyright infringement action by the developer.

Copyright Ownership and the “Work-for-Hire” Doctrine

Many businesses operate under the misconception that if they hire a developer, they own the software. That is not always the case. Under Copyright Law, the one who creates a work is, by default, the owner of the work. One exception is the “work-for-hire” doctrine. The doctrine permits a company to maintain the copyright ownership of a work in its name even though an employee created and developed the copyrightable work.

Under the “work-for-hire” doctrine, the classification of the worker who creates the software, either as an employee or an independent contractor, matters greatly. With an employee, a business often holds the copyright to the employee-created work. The hiring business would have to prove the existence of an employee/employer relationship and that the copyrightable work, i.e. the software, was created in the scope of the employment relationship. While this analysis can be quite easy for a company with an internal technology department, most businesses rely on independent contractors for their technology needs.

With an independent contractor, the hiring business holds the copyright to a work when it proves three elements: (1) the copyrightable work was specially ordered or commissioned by the hiring company, (2) the copyrightable work created by the contractor falls into one of the nine “work-for-hire” categories are: (a) a contribution to a collective work, (b) a part of a motion picture or other audiovisual work, (c) a translation, (d) a supplementary work, (e) a compilation, (f) an instructional text, (g) a test, (h) answer material for a test, or (i) an atlas. The challenge for this analysis lies in its application to software developed by an independent contractor.

The problem with software development by an independent contractor is that many courts found it difficult to place software into one of these categories. Therefore, those courts concluded that software can never be developed by independent contractors on a “work-for-hire” basis. The business had to obtain a proper assignment in order to hold the copyright in the software.

In recent developments, courts have expanded the scope of the “work-for-hire” doctrine to include the independent contractors of the technology field, software developers. This trend towards judicial acceptance of the “work-for-hire” doctrine for independent contractors demonstrates that judges have begun to understand the creation process and function of source code within software.

For instance, in IXL, Inc. v. AdOutlet.Com, Inc., the United States District Court for the Northern District of Illinois found that source code of the hiring business’ website qualified as a contribution to a collective work under the “work-for-hire” doctrine. The source code for each section of website constituted a separate, independent work and thus, the independent contractor contributed to the whole collective work. In Stanacard, LLC v. Rubard, LLC, the United States District Court for the Southern District of New York held that the company’s new software system qualified as a compilation under the doctrine because different computer program components were created and combined in order to form the whole copyrightable work.

Steps to Protect Ownership of Software

The following are some ways a business can protect its ownership of software developed by employees or independent contractors: 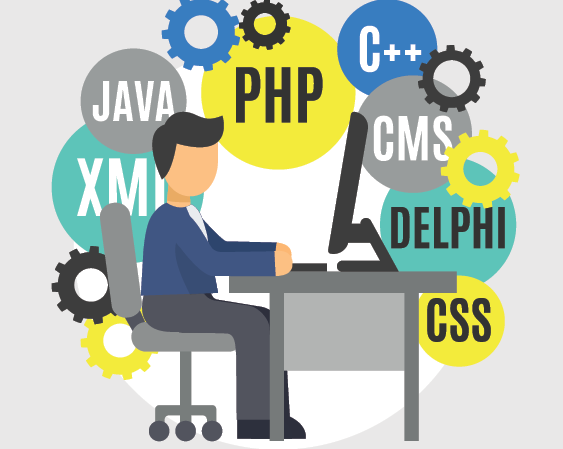 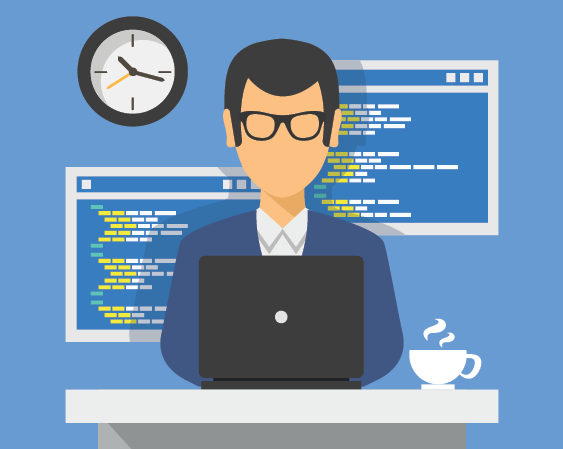 We’re proud to announce that “IP News for Business” – the blog written by Golan Christie Taglia partner Beverly A. Berneman – was chosen as one of the ABA Journal’s BLAWG 100, honoring the 100 best legal blogs.

As described by the Journal,

“…this blog focuses on providing succinct examples of how businesses ran into intellectual property disputes and what the results were. One of our favorite elements is her pithy ‘Why You Should Know This’ section at the bottom of most of her posts, which provides excellent context for how the specific IP outcomes could affect others.” Congratulations, Beverly! 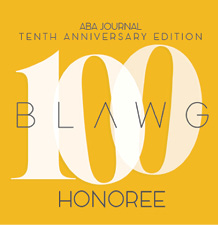